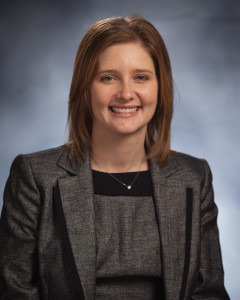 Chrissy Williford is a corporate/securities associate at Andrews Kurth LLP and has been actively involved with DVAP since shortly after she relocated to Texas and joined the firm in April 2011. Over the years, DVAP has provided her with the ability to take a wide variety of cases, including several divorces, a non-disclosure, an expunction, and a will drafting matter. She appreciates that DVAP provides the support needed to handle those cases. She also assists with intake at the East Dallas Legal Clinic a few times each year. Chrissy has been actively involved in her community since she was quite young and is grateful for the opportunities that DVAP provides and the support of Andrews Kurth, which allow her to utilize her law license to help those who need it most. Thank you for all you do, Chrissy!