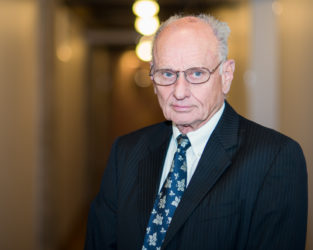 Jack Manning is the Founder and Senior Shareholder of Manning & Meyers. Jack began working with DVAP in 2014, and has been an avid volunteer ever since. Manning & Meyers won the 2015 Gold Award for Pro Bono Service for Dallas Offices under 50 Attorneys, and the firm participates in as many pro bono opportunities as possible. Jack won the award for the Outstanding Clinic Volunteer for 2016 for the South Dallas Clinic. Jack can be found interviewing applicants the South Dallas and West Dallas Clinics on a regular basis. Manning & Meyers focuses on real property pro bono cases as it is an area of specialization for the firm. Manning & Meyers has recently obtained a number of favorable outcomes, including obtaining $1,500 for a client that was unfairly targeted by a plumbing company that flooded her condominium unit and then charged her for cleaning the unit. The firm also obtained $3,000 for a renter who was being forced out by a landlord in violation of her lease. Thank you for all you do, Jack!