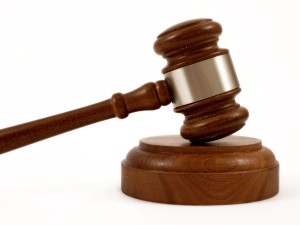 On August 13, 2012, client sought legal assistance with obtaining re-entry to his rental home after the landlord locked him out of the property for non-payment of rent and refused to allow him access to the property to retrieve his belongings. The client was locked out after he went to work on August 4, 2012. When he returned home from work, he discovered that the landlord had changed the locks on the house, and that the landlord’s brother had taken possession of the property. Even though the client was two months behind on his rent, the landlord had not given him proper notice of the lockout and kept belongings that the client needed for work. The client is a construction worker and kept many of his tools at the property. After he contacted the landlord requesting to be allowed access to the property he received hostile messages from the landlord’s brother, and was told that he would not be allowed to get his belongings until after he removed a hot tub that he had installed in the yard and paid the past-due rent. The landlord originally agreed to allow him to access the property, but she changed her mind after becoming upset with him. The landlord then refused to accept the past-due payments or to allow the client to retrieve his belongings. The client sought legal assistance with retrieving his personal belongings, as well as compensation for having to purchase new clothing and remodeling tools for his job.

Pro bono attorney Sharon Campbell accepted the case for representation and began negotiations with the landlord. After being unable to reach an agreement, Ms. Campbell filed suit on December 7, 2012 in County Court at Law No. 5 requesting monetary compensation for the client’s property. Through mediation, Ms. Campbell was able to negotiate a lump-sum settlement for $22,000 from the landlord for unlawfully holding the client’s belongings. An agreed judgment was entered on October 8, 2014, after the settlement was paid. The client was extremely grateful to receive compensation for having to live in hotels for the remainder of his lease, and for having to purchase new tools, furniture, and clothing.