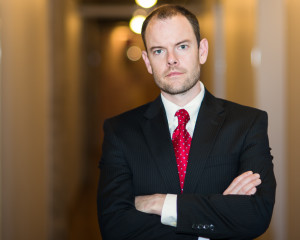 Casey P. Meyers is the Managing Shareholder of Manning & Meyers. He began working with DVAP in 2013, and volunteers regularly at the Garland Clinic. His firm tries to undertake as many pro bono opportunities as possible, and won the 2015 Gold Award for pro bono service for firms with less than 50 attorneys. He focuses on pro bono cases involving real property and landlord-tenant issues as these are his legal specialties. Casey has recently obtained a number of favorable outcomes, including obtaining $1,500 for a client who was unfairly targeted by a plumbing company that flooded her condominium unit and then charged her for cleaning the unit. He also obtained $3,000 for a renter who was being forced out of her apartment by a landlord in violation of her lease. Thank you for all you do, Casey!