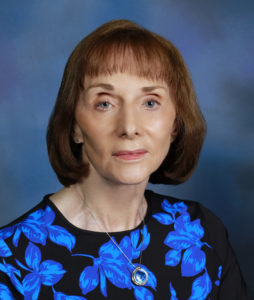 Volunteer of the Month – October 2017

Sherrie Abney is a sole practitioner, specializing in collaborative law.

I got started in pro bono over 20 years ago. I did divorces and child custody mostly.

I cannot describe the most compelling case because I can’t pick one out. Grandmother cases were always important to me. What I mean by that is grandmothers who could not afford legal help but who were trying to get custody of grandchildren due to neglect or abuse. I especially remember a grandmother who was in her 70’s and a young CASA worker became involved in the case. It was the CASA worker’s position that the grandmother was too old to have custody since she might die at any time. Grandmother had been taking care of the two children for most of their lives. I asked the young lady if she had children. Yes. I then said they should be removed from her home since she could not guarantee that she would not be run over and killed as she left the court house. Grandma got the kids.

3. What is the most unexpected benefit you have received from doing pro bono?

I believe that pro bono is the only way that some deserving people are able to get help. In one of my divorce cases my client had had her four top front teeth knocked out by her husband in one of his rages. I got her divorced. I managed to get her a place where the ex-husband could not get access to her. I got her to go to the dental clinic at Baylor Hospital and she was overjoyed with her new teeth. She had a beautiful smile.

Pro bono has made me ever mindful of my many, many blessings in life and encouraged me to support organizations that assist people in need.

My client in a collaborative pro bono case that is just finishing up went to Juarez, Mexico to visit family. She came back to my office with a ring very similar to one I often wear and two brightly painted butterflies. One was on a small container and the other to hang on the wall. She hugged me and said, “Miss Sherrie, you have been so good to me I wanted to say thank you.” I was embarrassed to take her gifts, but I have learned that it is more blessed to give than to receive. And this lady deserved a blessing.